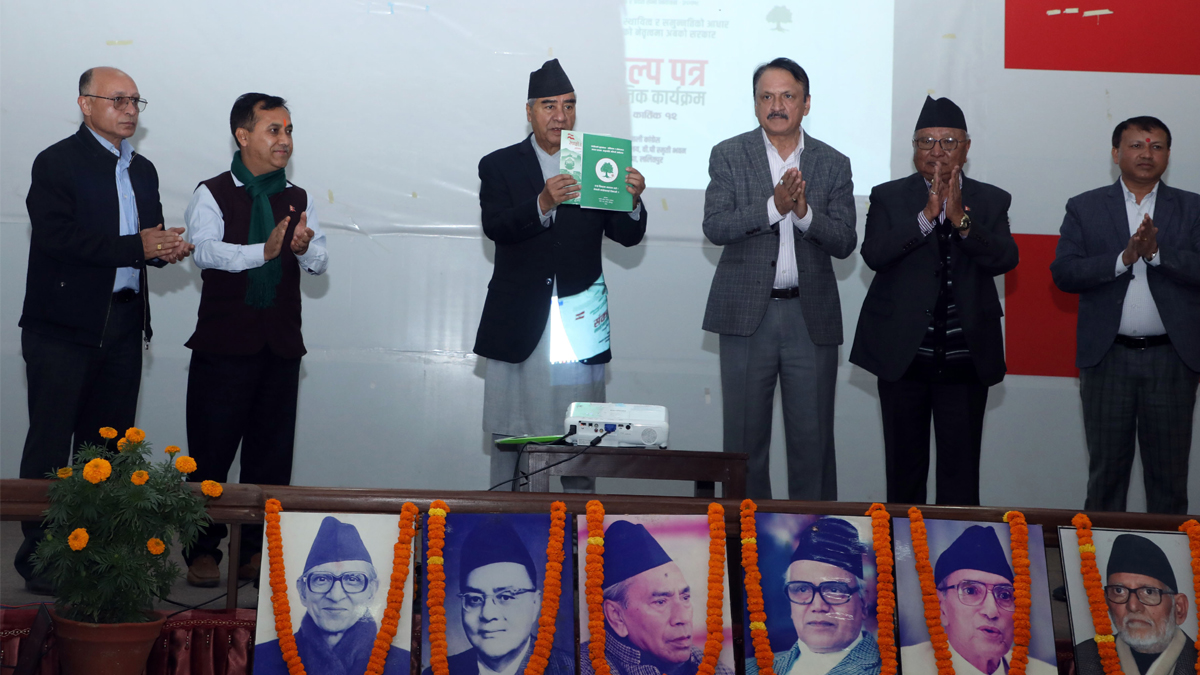 The ruling Nepali Congress (NC) has unveiled the party’s election manifesto for the November 20 election for the House of Representatives and the province-level election.

The main slogan of the manifesto is “Protection of the Constitution, Stability and the Firm Foundation for Development: The next government under the leadership of the Nepali Congress”.

In addition, topics such as contemporary politics, continuity for innovation, and the roadmap of a prosperous Nepal are covered in the manifesto.

The manifesto is 52 pages long.

Sharma said that the manifesto was prepared based on the contents announced by the party, from BP-era documents to the local level election time.