Nobody has leeway to create obstruction in development works: DPM Shrestha 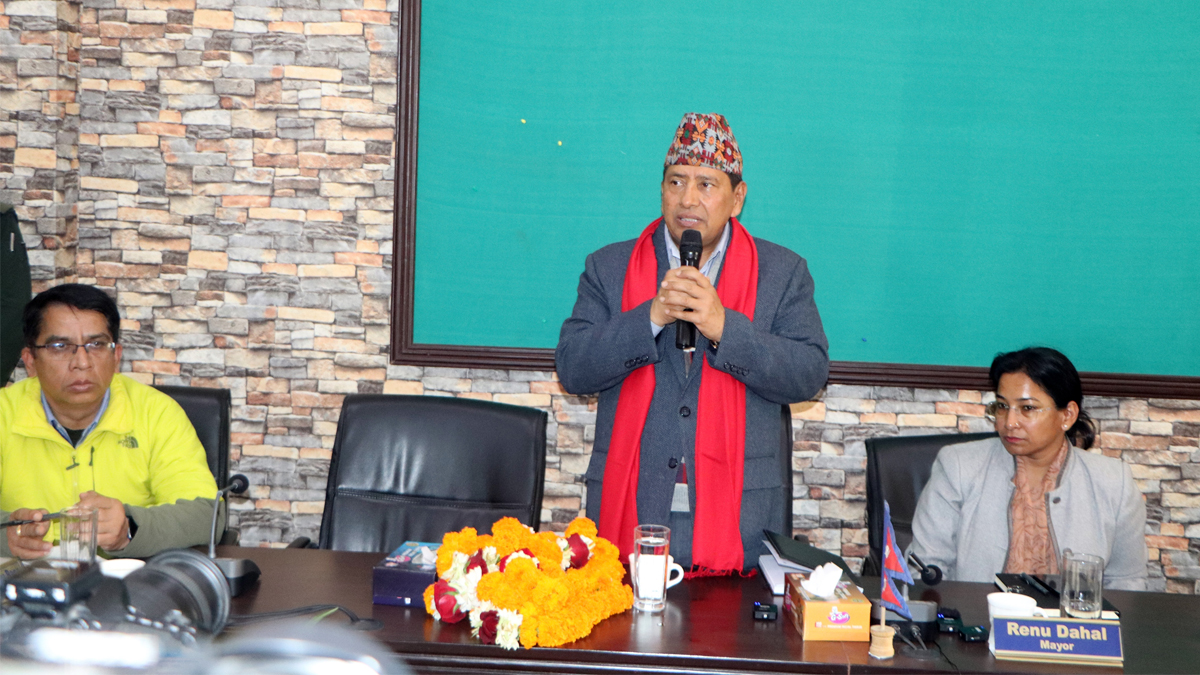 Deputy Prime Minister and Minister for Physical Infrastructure and Transport, Narayan Kaji Shrestha has said nobody is exempt from obstructing the development and construction works.

He said this while addressing a programme after monitoring and inspection of a six-lane road and bypass under construction here today.

DPM Shrestha cautioned that the tendency of impeding the development and construction works, not abiding by the agreement and causing losses there from would not be spared from facing action.

“I am a person who wants results. Please do your work in a way you will not have to face action,” he said and also instructed the construction entrepreneurs to complete construction projects on time by maintaining the quality of work.

Stating that the crusher industries have started to stop production since some days affecting the development and construction works, he said the crusher entrepreneurs’ problems would be resolved in a few days. He added that talks are being held with the Ministry of Home Affairs and it was working to sort out the problem.

Addressing an interaction programme organize by the Bharatpur Metropolitan City before this, DPM and Minister for Physical Infrastructure and Transport reiterated that the stalled development and construction works would be resumed in an expeditious manner.

According to him, works on national pride projects would be speeded up by resolving the problems after identification of the cause of their stalling.

Good governance, transport management and the development of physical infrastructures is our priority, he added.

Bharatpur Metropolitan City mayor Renu Dahal said the local government has been coordinating in undertaking of the national pride projects and sought the cooperation of the federal government in the projects being implemented by the metropolis.