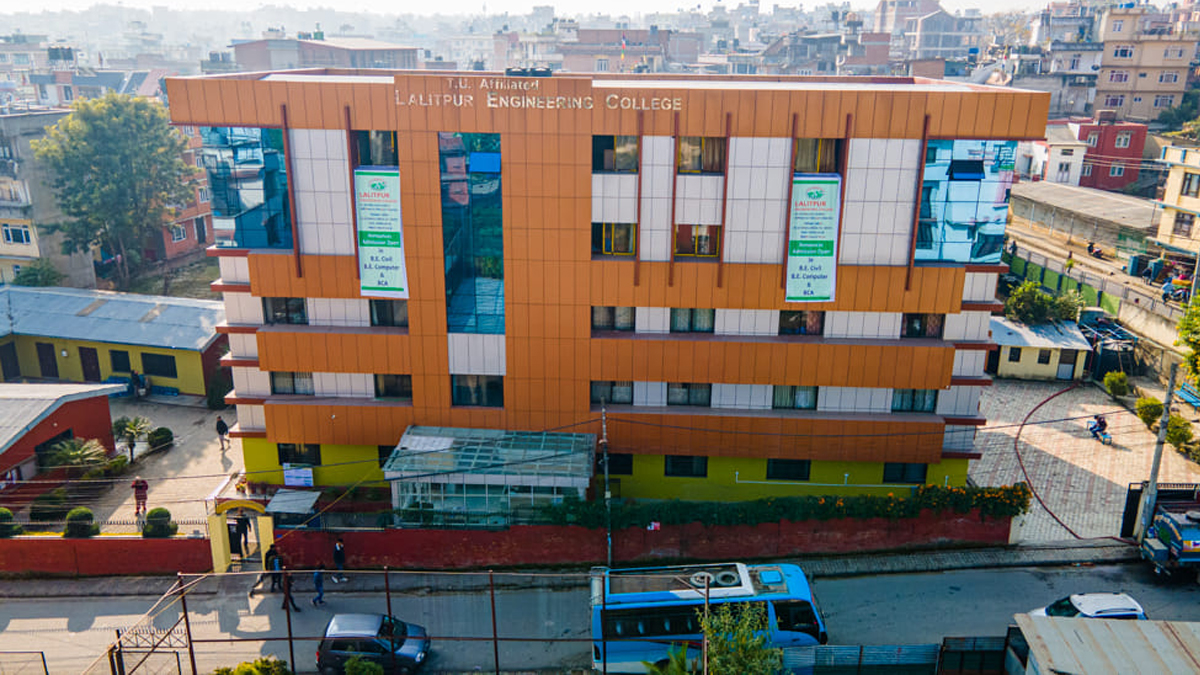 Due to the carelessness of the college and Nepal Engineering Council, the students of computer engineering are deprived of getting their licenses.

As the Lalitpur Engineering College did not get recognition from the Council on time, the students could not get the license even after 6 months of passing engineering. Students complain that they are facing a problem for employment and higher study as they are deprived of licenses.

Lalitpur Engineering College, which admitted the first batch in 2074, has not been recognized by the council so far. The college conducted classes after taking affiliation from Tribhuvan University. The university has also awarded certificates to the passed students. However, as the college has not get recognition, from Nepal Engineering Council the student’s career is at risk.

Asim Karki, a student of the first batch studying computer engineering in the college, said that they were cheated by the council and the college. Neither the college nor the council informed us that the college has not received approval. Even when the officials of the council came to the college for monitoring, they did not inform us about this serious matter,’ he said, ‘now we are losing other employment opportunities including Public Service Commission because we don’t have a license.’

He said that although the students informed the college administration and council about the issue several times, they neglected to solve their problems. It has been 6 months since the college said they will solve the problem. Although the council was informed, no action was taken against the college, nor was the process of solving the problem initiated, he said.

The college charged Rs 8 to 10 lakh per student for teaching the subject. One of the students, Binayraj Parajuli, told epardafas that he also suffered from mental problems because of the college. “We finished our studies also already received a certificate from the University but now due to the negligence of the college and the council, we have not been able to get a license. Without a license, we can neither get a job nor go for higher studies,” he said. “Students of Civil who have studied with us have got a license but our career is at risk, so we are under mental stress.”

The student’s future is at risk due to the Nepal Engineering Council as it didn’t stop the college to teach before taking the recognition.

The students of Computer Engineering at Sagarmatha Engineering College have also been deprived of getting a license. However, the college is trying to evade the matter by blaming to council and the Council to Government.

While epardafas asked the Registrar of the Nepal Engineering Council, Shivmangal Giri, that why the council did not take action when the colleges were conducting admissions and classes for years without obtaining approval, he could not answer the question.

He said that the notice is recently issued asking the students to enroll in the college only after understanding whether the colleges have been recognized by the Council or not.