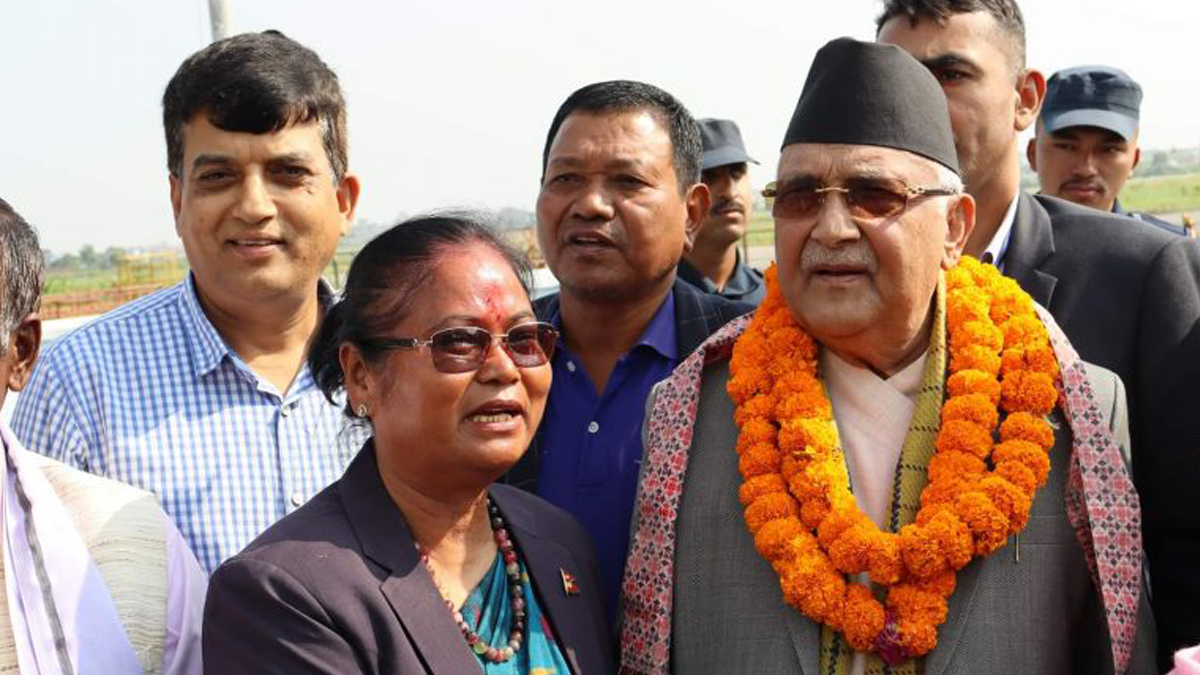 CPN (UML)’s Chairperson and former Prime Minister KP Sharma Oli has said the nation’s existing form of government could take us towards development and prosperity.

Talking to media persons briefly at Biratnagar Airport today, the leader said the people could witness prosperity if the current form of governance could be successfully implemented.

“There are loopholes in the enforcement of the system not in the system itself,” he said, adding that any form of governance could fail if the implementation aspect was ignored.

“It is too early to seek a change in the form of governance, it needs wider discussions and understanding,” the leader asserted.