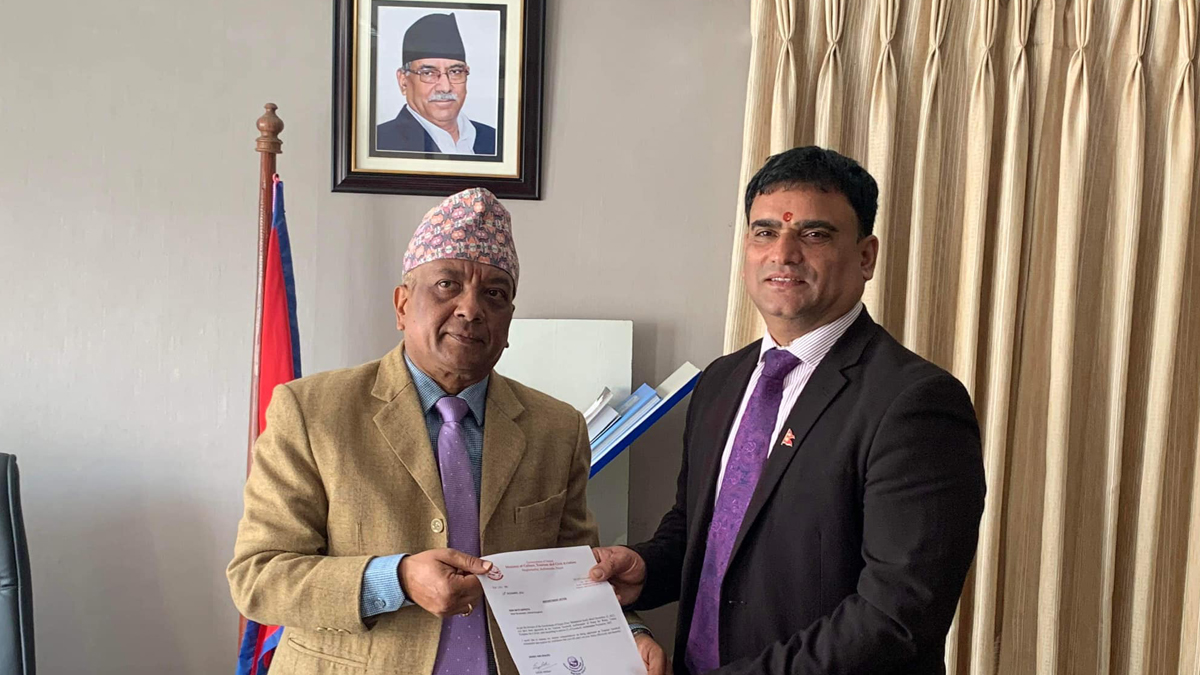 Som Sapkota, a tourism coordinator of Non-Resident Nepali Association (NRNA) has been appointed the Goodwill Ambassador for Tourism to Wales of the United Kingdom.

The government appointed Sapkota as Goodwill Ambassador for Tourism for four-year term in recognition to his active role in tourism sector of Nepal. Staying abroad, Sapkota has significant contribution in tourism promotion of Nepal for long.

A decision was taken to appoint Sapkota as the Goodwill Ambassador for Tourism as per minister-level decision. Secretary of the Ministry of Culture, Tourism and Civil Aviation, Suresh Adhikari, handed over the appointment letter to Sapkota on Friday.

On the occasion, Secretary Adhikari expressed the belief that this sector would be further expanded.

Similarly, Sapkota said he would successfully fulfill the responsibilities given by the government by garnering support of migrant Nepalis.

Sapkota was NRNA’s Tourism Promotion Committee’s member from 2007-2009. He had also served as a sub-coordinator of the same committee from 2013-2015.

He is now Spokesperson of NRNA International Coordination Council and Coordinator of Tourism Promotion Committee.