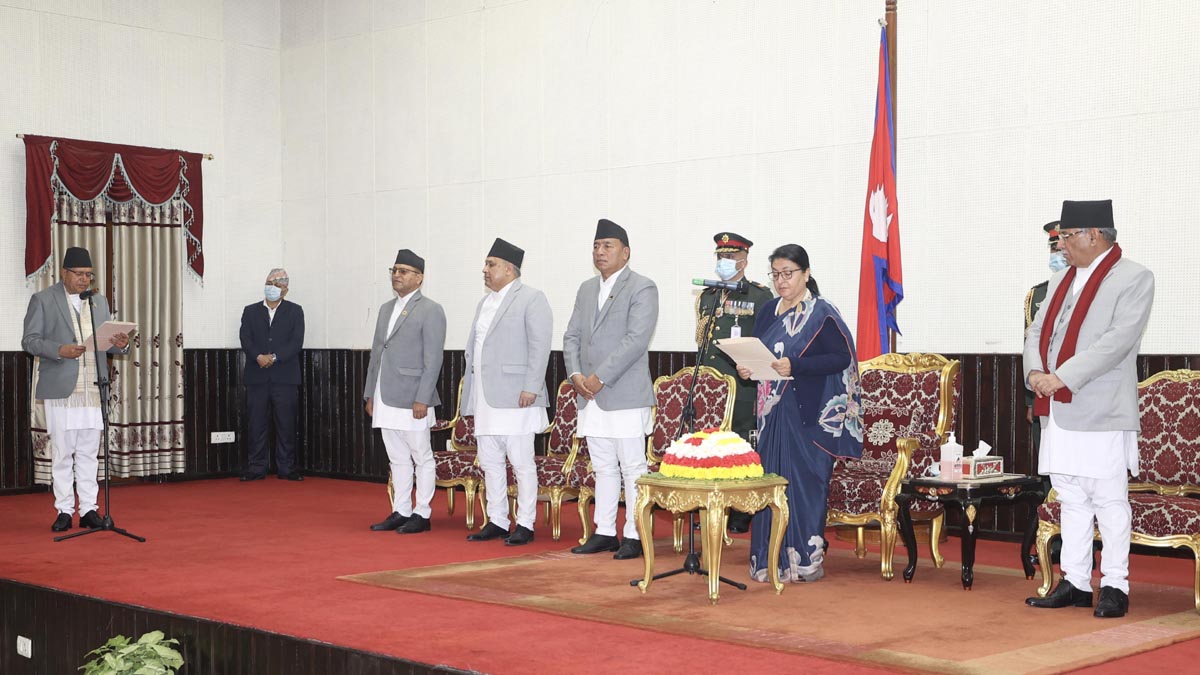 Newly elected Speaker of the House of Representatives, Devraj Ghimire, took an oath of office and secrecy before President Bidya Devi Bhandari amidst a ceremony at the Office of the President, Sheetal Niwas, today.

Ghimire was elected the Speaker through a voting in the parliament on Thursday.