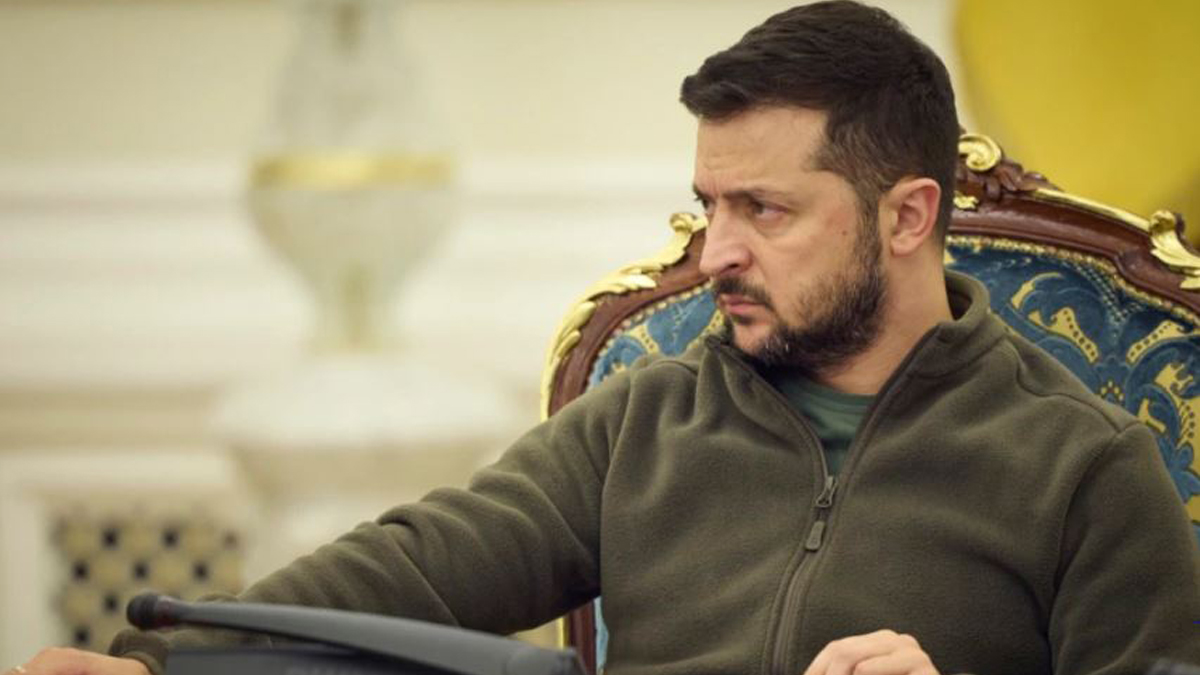 UKRAINE: Ahead of his address to world leaders at a global climate summit on Tuesday, Ukrainian President Volodymyr Zelenskiyy said his country is willing to consider “genuine” negotiations with Russia.

Zelenskiyy said his country is open to talks with Moscow if Ukraine’s borders are restored, victims of Russia’s invasion and attacks are compensated and efforts are made to hold perpetrators accountable.

The president’s comments follow a Washington Post report that said that the United States wanted Ukraine to show willingness for peace talks. That willingness, according to the report, would strengthen international support for Kyiv.

The head of Ukraine’s National Security and Defense Council, Oleksiy Danilov, said the “main condition” for such consideration would be the “restoration of Ukraine’s territorial integrity.”

Danilov added that there needs to be some sort of “guarantee” of modern air defenses, aircraft, tanks and long-range missiles, expressing a call for continued international assistance.

North Korea denied U.S. claims Tuesday that it is assisting Russia with artillery shells and ammunitions in furthering the war on Ukraine.

U.S. intelligence recently confirmed that Russia has reached out to North Korea for rockets and artillery shells.
The isolated country has been conducting dozens of tests, including nuclear-capable missiles with the ability to strike the United States. North Korea has threatened the U.S. with its missiles and artillery, claiming it could “mercilessly” strike neighboring South Korean and U.S. targets.

A Russian newspaper claimed Tuesday that a discussion on strategic nuclear weapons between U.S. and Russia are in the works. The Kommersant newspaper quoted four sources familiar with the discussions and said the talks may take place in the Middle East.

New START treaty talks between the U.S. and Russia aimed at reducing nuclear arsenals have been stalled since Russia invaded Ukraine on February 24.

“We will continue to shoot down the enemy targets attacking us. Thank you to our partners: Norway, Spain and the US,” Ukrainian Minister of Defense Oleksii Reznikov wrote on Twitter.
Meanwhile, Britain’s Defense Ministry said Tuesday that Russia has started constructing defensive structures around the occupied southern Ukrainian city of Mariupol. “Two plants are producing concrete pyramidal anti-tank structures, known as dragon’s teeth, for this purpose,” Britain said in an update posted on Twitter.

“Russia is fortifying its lines throughout areas of occupation. On 19 October 2022, Wagner Group owner Yevgeny Prigozhin claimed the construction of a fortified ‘Wagner Line’ of defences in Russian-occupied Luhansk Oblast,” the statement read, adding, “this activity suggests Russia is making a significant effort to prepare defences in depth behind their current front line, likely to forestall any rapid Ukrainian advances in the event of breakthroughs.”