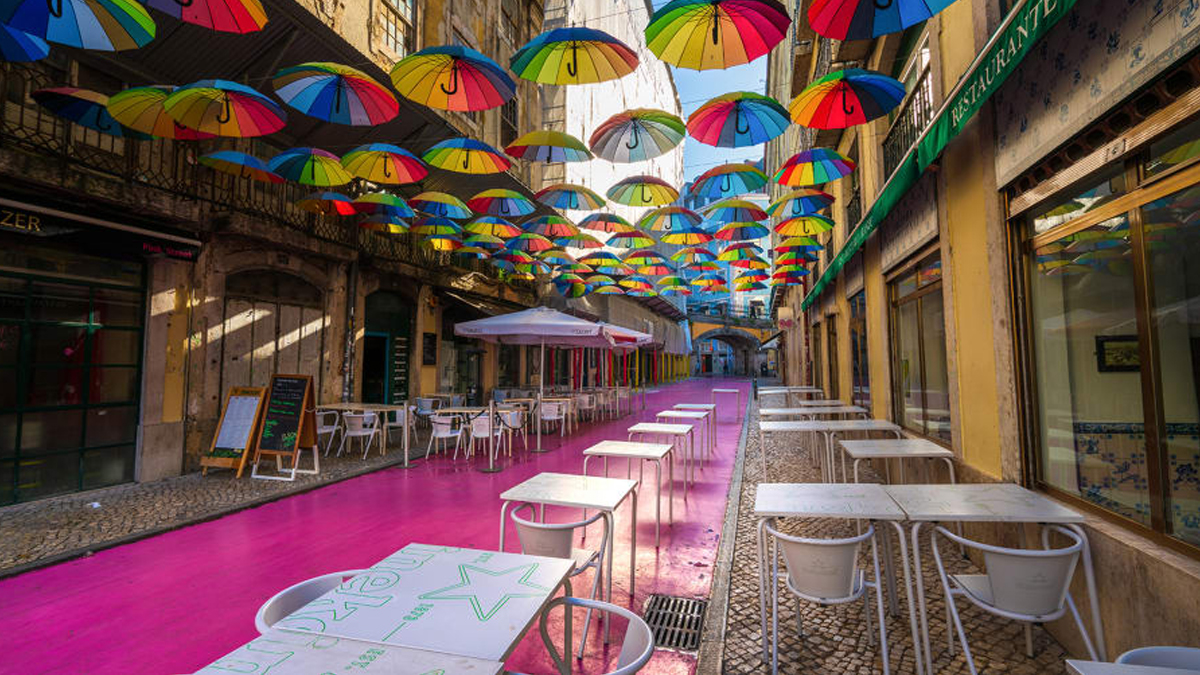 Time Out has selected named the best 'hoods around the world. One standout is Cais do Sodré, in Lisbon, which is home to this colorful street. Photo - Pawel Pajor/Adobe Stock

Oct. 11: It’s one of the best parts about a vacation — that moment when you discover the side of the city that’s clearly more popular with locals than tourists.

Maybe it’s the off-the-beaten-track cafe with the best coffee you’ve ever tasted, the underground bar that’s not signposted on the street above, or the restaurant dishing up mouthwatering local delicacies you’ve never heard of.

To help you discover more hidden gems on your next city break, global media brand Time Out has released its annual list of the world’s coolest neighborhoods.

“Guadalajara is just emerging as a must-visit — and Colonia Americana is the place to be right now,” said Time Out Travel Editor James Manning in a statement. “It’s home to a boundary-pushing creative community, a growing number of amazing places to eat, and some of the best nightlife in the western hemisphere. And the street life is unbeatable.”

Time Out’s list is the result of an extensive survey in which thousands of people from across the globe were quizzed on their favourite spots in their city. Time Out editors also weighed in with their local expertise with the aim of creating the ultimate guide, spotlighting 51 of the coolest neighborhoods in the world. The top 20 are “simply put, incredible places to be right now,” says Time Out.

Hot on the heels of Colonia Americana is Lisbon’s riverside Cais do Sodré, which took the number two spot on the list. Long famed for its vibrant nightlife, the Portuguese neighbourhood is now making a name for itself as a foodie hotspot.

“This is the neighbourhood where Lisbon’s most promising young chefs are opening new restaurants,” says Time Out, namechecking Quiosque de São Paul and Tricky’s as top spots for drinking and dining.

Third on the 2022 round-up is Wat Bo Village, in Siem Reap, Cambodia. According to Time Out, the area surrounding the spectacular Wat Bo Pagoda has had a “serious glow-up” in the past year. Boutique hotels Viroth’s and Treeline Urban Resort are listed as highlights, alongside restaurant Tevy’s Place, which serves up delicious organic meals and also works as a social enterprise empowering local women.

The highest-rated American neighbourhood came in at number four — New York City’s Ridgewood. Time Out says this Queens-located area’s balance of new, upcoming bars and restaurants, alongside institutions like pastry shop Rudy’s Bakery — which opened in 1934 — earned it a spot on the 2022 list.

Dave Calhoun, Time Out’s chief content officer in North America & UK, said the goal of the annual list was to spotlight areas that aren’t “homogenized, corporate destinations” but which instead “have an independent and welcoming vibe.”

“You may be able to walk across them in half an hour or less but they are packed with enough experiences to spend days exploring,” he said.