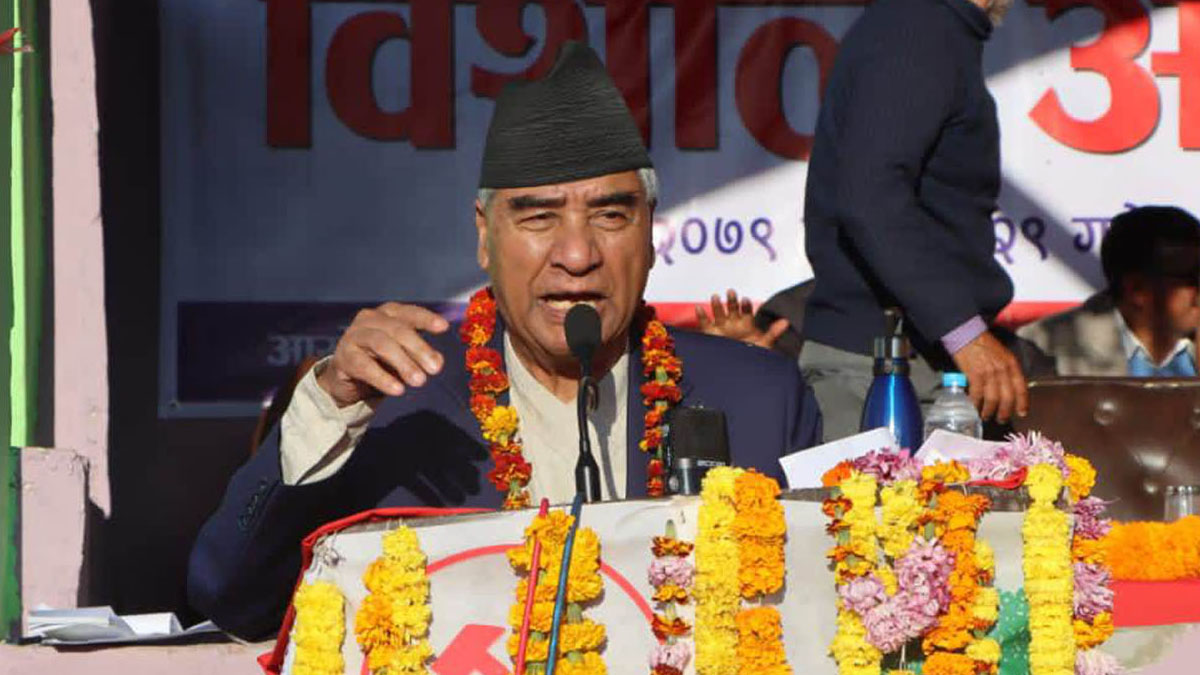 Nepali Congress (NC) President and Prime Minister Sher Bahadur Deuba has asserted that the upcoming parliamentary elections would witness a competition between the democratic-leftist coalition and pro-monarchist alliance candidates.

Claiming that the mandate would be received in favour of the four-party alliance formed involving the ruling coalition partners, Deuba warned, “There will be always coalition against those attempting to jeopardize the constitution by dissolving the parliament.”

The Head of the Government urged all party cadres and leaders to elect the coalition candidates with overwhelming majority. He maintained that the current coalition was formed to defend the constitution and to prevent regression.

Pledging to accord high priority to Dailekh in terms of development, the septuagenarian leader vowed to deliver on conservation and development for the historically and archeologically important places.

Also speaking in the programme, CPN (Maoist Centre) Chairperson Pushpa Kamal Dahal ‘Prachanda’ shared that the Democratic-Leftist Coalition would remain to exist as long as there is attack at the constitution.

Considering the current scenario, the septuagenarian leader claimed victory for the coalition that, he added, stands in the favor of peace and constitution. He also promised to take development and promotion of tourism sector in Dullu into serious consideration.