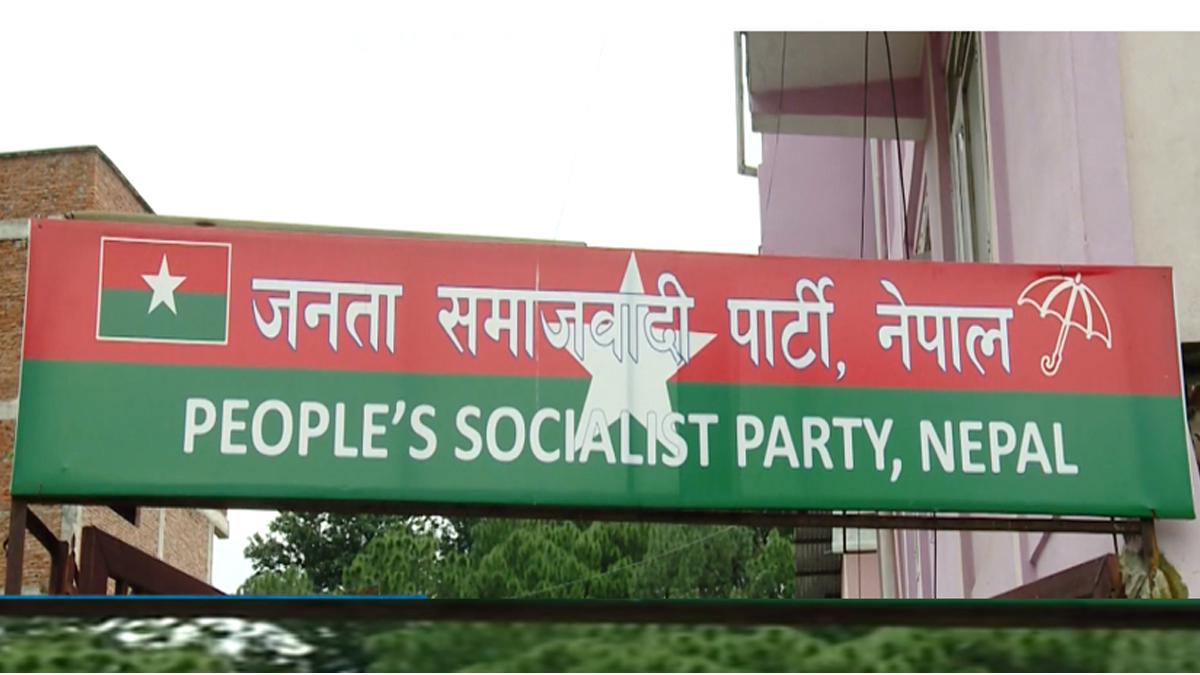 The executive committee meeting of the Janata Samajwadi Party (JSP) is going on to chart out the future course of action and political strategy in the wake of changed context.

The meeting that commenced a while ago at the party’s central office at Balkumari in Lalitpur is discussing the issues as party’s participation in the incumbent government, next national convention of the party, among others, said JSP’s Spokesperson Manish Suman.

The meeting will also review the party’s performance in the recently held elections. The party has lent its support to CPN (Maoist Centre) Chairperson Pushpa Kamal Dahal ‘Prachanda’-led government but it is yet to reach a decision whether it would participate in the incumbent government or not.

Today’s meeting is likely to decide on the same, said Spokesperson Suman.

Meanwhile, JSP has formed a three-member committee to pick the parliamentary party leader in Madhesh Province.

Lal Kishor Shah is coordinating the committee. JSP had secured nine seats under first-past-the-past system and seven under proportional representation in Madhesh Province.