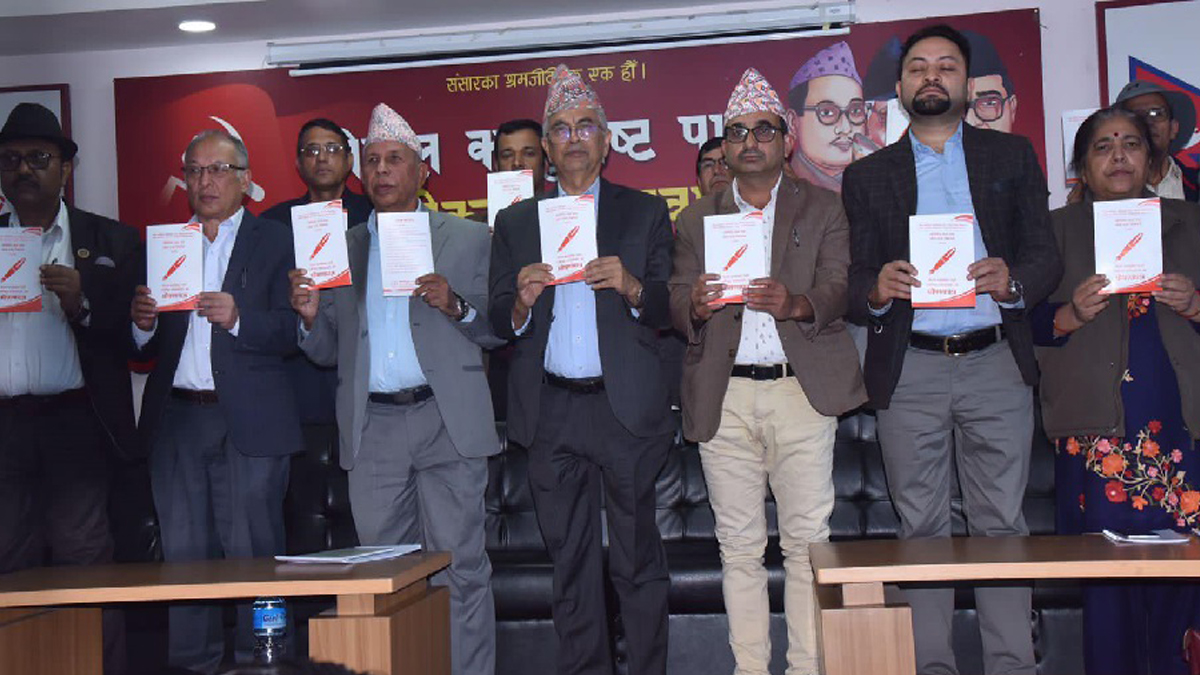 Leaders along with the General Secretary of the CPN (US) Beduram Bhusal collectively made public the election manifesto.

The election manifesto meant for the November 20 election for the House of Representative and Provincial Assembly was unveiled at the party central office in Aloknagar, Kathmandu with the slogan ‘National dignity, protection of Constitution and stability is our concern, economic and social transformation is the basis of prosperity and socialism’.

Prosperity with economic-social transformation based on socialism, people’s rights, national dignity, strengthening of the federal democratic republic for the protection and stability of the constitution, as well as good governance and transparency are highlighted in the manifesto.

Similarly, basic health education and nutrition are included as priorities in the manifesto.

Likewise,there is special emphasis on achieving economic prosperity through production and employment developing mining, agriculture, livestock, forestry, industry and tourism sectors in the manifesto. The manifesto includes ending social discrimination and maintaining justice, equality and developing a self-sufficient and self-reliant economy through the development of the domestic industry as its plans for national development.

The Unified Socialist party has also criticized CPN-UML and its Chairman KP Oli in the manifesto.