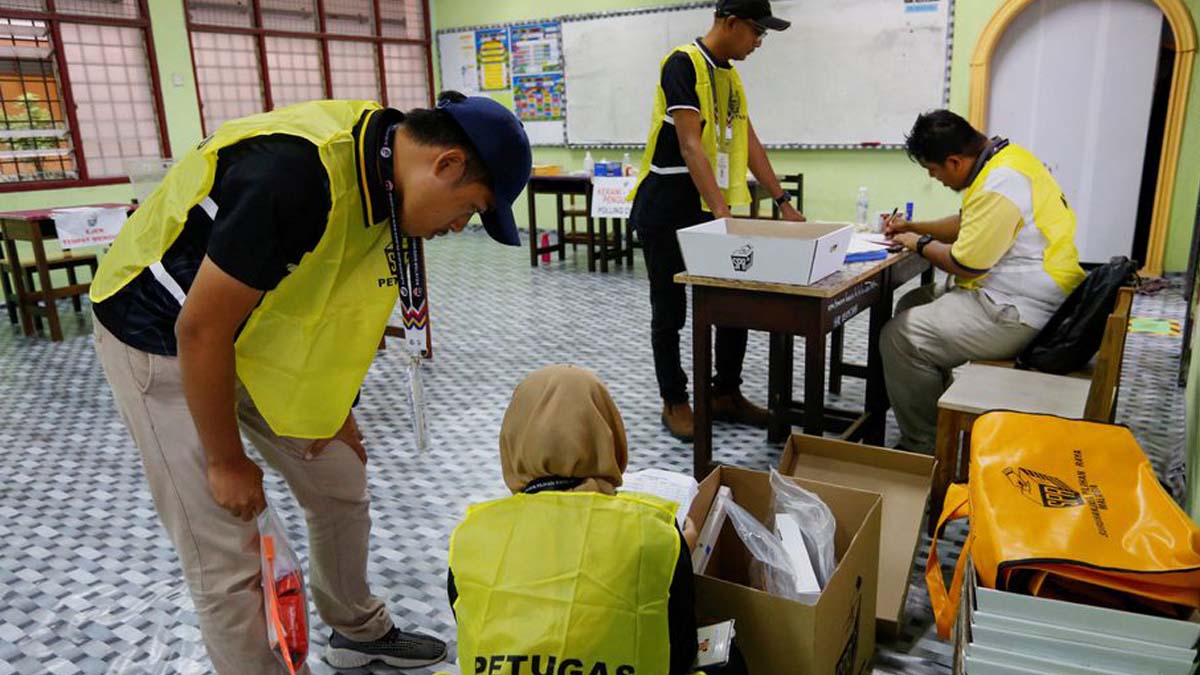 By A. Ananthalakshmi and Rozanna Latiff, KUALA LUMPUR, Nov 19: Malaysians voted on Saturday in a general election that may fail to end the recent phase of political instability in the Southeast Asian nation as polls have predicted no clear winner.

The alliance led by veteran opposition leader Anwar Ibrahim is forecast to take the most seats in parliament but fail to reach the majority needed to form a government.

Prime Minister Ismail Sabri Yaakob’s ruling Barisan coalition and another bloc led by former premier Muhyiddin Yassin are other leading contenders. Muhyiddin’s alliance was a junior partner in Ismail’s coalition government, and the two could come together again to block Anwar.

It has had three prime ministers in as many years, including 97-year-old Mahathir Mohamed, who ruled Malaysia for more than two decades during two stints in power and has roused himself for one last fight, though he is not considered a leading contender.

If Anwar clinches the top job, it would cap a remarkable journey for a politician who in 25 years has gone from heir apparent to the premiership to a political prisoner convicted of sodomy to the country’s leading opposition figure.

“Right now, I think things are looking good and we are cautiously confident,” Anwar told reporters after casting his vote in the state of Penang.

Ismail said his coalition was targeting a simple majority but would be open to working with others if it failed to do so.

Malaysia’s 21.1 million eligible voters, including 6 million new ones, will choose 222 lawmakers for the lower house of parliament. The race was fluid, with opinion polls showing significant numbers of undecided voters in the days before the vote.

Polls closed at 6 p.m. (1000 GMT), with results expected to be announced later in the evening.

Some 70% of voters had cast their ballots by 4 p.m., the Election Commission said.

Voter turnout in the previous election was one of the highest at 82%, but given the bigger pool of voters in this poll, Saturday’s turnout had already surpassed the prior election by nearly 2 million voters.

The top issues are the economy, along with corruption as several leaders from the incumbent Barisan Nasional coalition face graft accusations. Malaysians are also frustrated with the political instability, seen as hampering development efforts.

“I hope there’s a change in the government,” Ismat Abdul Rauf, a 64-year-old retiree, told Reuters. “There are many issues that need to be addressed – the economy, the wealth of the country, the people who did wrongdoing who are not being prosecuted.”

Anwar’s bloc is multiethnic, while the other two prioritise the interests of the ethnic-Malay Muslim majority. Muhyiddin’s bloc includes an Islamist party that has touted shariah law.

Opinion polls showed a lead for Anwar, whose more than two decades as an opposition figure includes nine years in jail on sodomy and corruption charges that he says were politically motivated.

The Barisan Nasional coalition of Prime Minister Ismail, who called the early election hoping to win a stronger mandate, was on course for 15 seats, Merdeka said, though other surveys predict it could secure up to 51 seats.

Anwar was the top choice for prime minister at 33%, followed by Muhyiddin at 26% and Ismail at 17% in the Merdeka survey.

Barisan, dominated by the United Malays National Organisation, governed for 60 years, from independence until 2018, while Perikatan is a new bloc that has emerged as a strong third force with Malay voters’ backing.

Anwar was released from prison in 2018 after joining with old foe Mahathir and Muhyiddin to defeat Barisan for the first time in Malaysia’s history, amid public anger at the government over the multibillion-dollar 1MDB scandal.

That coalition collapsed after 22 months in power due to infighting over a promise by Mahathir to hand the premiership to Anwar. Muhyiddin briefly became premier, but his administration collapsed last year, paving the way for Barisan’s return to power with Ismail at the helm. (Reuters)