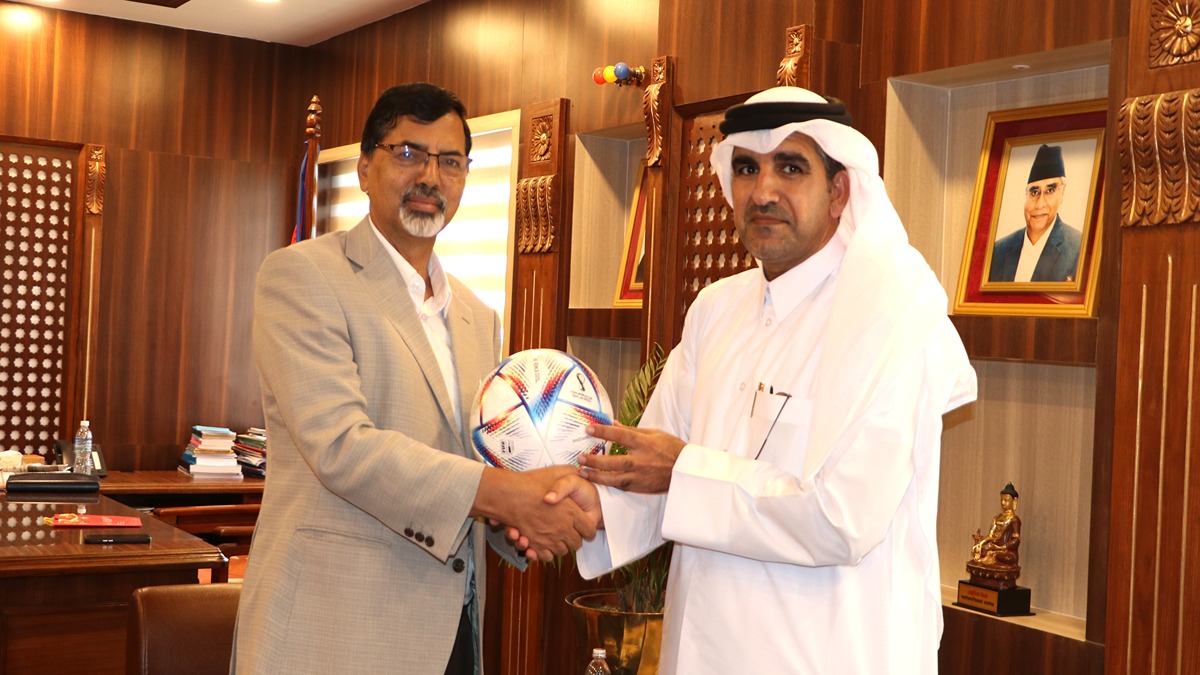 The one-month countdown to Qatar World Cup Football-2022 has started.

On the occasion of the start of the one-month countdown to the World Cup tournament, the Qatari Embassy in Kathmandu has organized a greeting exchange program.

The first match of the World Cup, which will begin in 28 days, will be held at the Al-Bayt Stadium, which has a capacity of 60,000 spectators. Qatar and Ecuador will meet in the first match on November 20.

The much-awaited football World Cup to be hosted by Qatar is the first FIFA World Cup-2022 in the Middle East and Arab world.

Qatar has built eight state-of-the-art stadiums to play 64 matches in the World Cup, which will last from November 20 to December 18 (about a month). The opening match will be played at Al-Bayt Stadium and the final match will be held at Lusail Stadium on December 18, the national day of the State of Qatar. Lusail Stadium has a capacity of 80,000 spectators with catering facilities.

All stadiums are connected with all kinds of transportation facilities. Qatar has built and upgraded infrastructure such as transportation, rail system, road network, hotels, apartments and airports, sea ports, etc.