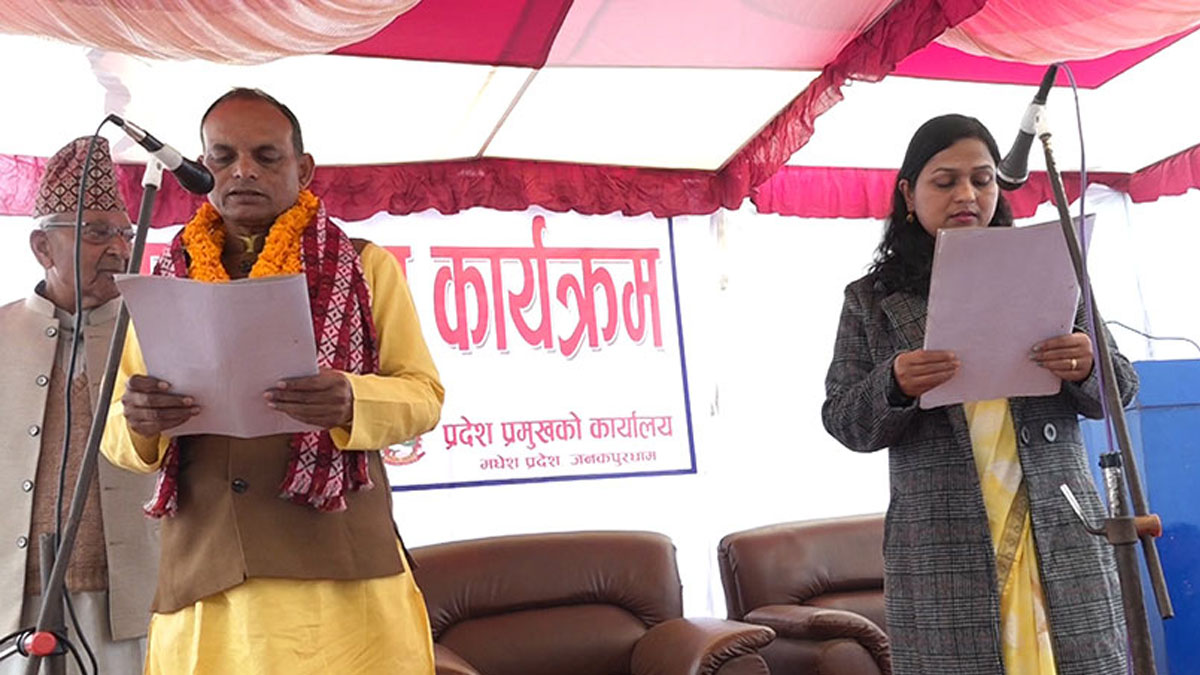 Province Chief Hari Shankar Mishra administered the oath to them at a ceremony held at the Madhes Bhawan.

Mandal and Ishar were elected to the post of Speaker and Deputy Speaker, respectively, on Tuesday. Mandal secured 74 votes in his favour out of the 103 provincial lawmakers who took part in the voting in the 107-member Province Assembly.

Similarly, Ishar, who was the candidate from the Janamat Party, bagged 72 votes in her favour and 29 against. One hundred and one legislators voted in the election to the post of Deputy Speaker.